Judith Butler: the backlash against

Gender theory is neither destructive nor indoctrinating: it simply seeks a form of political freedom. 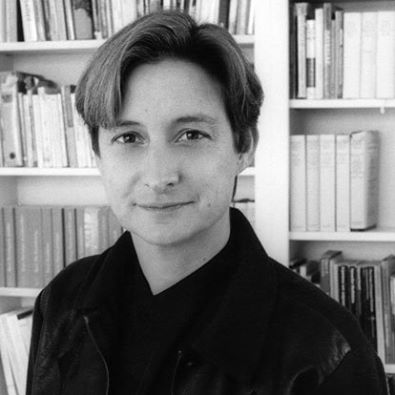 In the last few years, protests in Europe, Latin America, and elsewhere have objected to an “ideology of gender”. Elections in France, Colombia, Costa Rica, and Brazil have pivoted on a candidate’s account of gender roles. In the US, both Catholics and evangelicals have opposed a host of political positions linked elsewhere with “gender theory” or “gender ideology”: the rights of trans people in the military, the rights to abortion, lesbian, gay and trans rights, gay marriage, feminism, and other movements in favor of gender equality and sexual freedom.

Arguably, this backlash against “gender ideology” took shape in 2004 when the Pontifical Council on the Family wrote a letter to the Bishops of the Catholic Church signaling the potential of “gender” to destroy feminine values important to the Church; to foster conflict between the sexes; and to contest the natural, hierarchical distinction between male and female upon which family values and social life are based.

In 2016, Pope Francis escalated the rhetoric: “We are experiencing a moment of the annihilation of man as the image of God.” The Pope included within this defacement “[the ideology of] ‘gender’” and he exclaimed: “Today children – children! – are taught in school that everyone can choose his or her sex!” Finally, Francis made clear what was theologically at stake: “God created man and woman; God created the world in a certain way… and we are doing the exact opposite.”

The Pope’s point is that gender freedom – the freedom to be, or become, a gender; the idea that gendered life can be an expression of personal or social freedom – falsifies reality, since we are, in his view, neither free to choose the sex with which we are born nor to affirm sexual orientations that depart from those divinely ordained. In fact, the right of people to determine their gender or sexual orientation is seen by anti-gender religious critics as an attempt to usurp God’s power of creation, and defy the divinely imposed limits on human agency. And for the Pope, gender equality and sexual freedom are not only excessive, but destructive – even “diabolical”.

Gender equality is taken as a “diabolical ideology” by these critics precisely because they see gender diversity as a historically contingent “social construction” that is imposed on the divinely mandated natural distinction between the sexes. And while it is true that gender theorists generally reject the idea that gender is determined by the sex assigned at birth, the account of social construction as a willful destruction of a God-given reality misconstrues the field of gender studies and the notion of social construction in inflammatory and consequential ways.

But if one considers gender theory carefully, it is neither destructive nor indoctrinating. In fact, it simply seeks a form of political freedom to live in a more equitable and livable world.

In The Second Sex (1949), the existentialist philosopher Simone de Beauvoir famously wrote: “One is not born a woman but becomes one.” This claim created space for the idea that sex is not the same as gender. And in the simplest formulation of this notion, sex is seen as a biological given, gender the cultural interpretation of sex. One may be born as female in the biological sense, but then one has to navigate a series of social norms and figure out how to live as a woman – or another gender – in one’s cultural situation.

Crucially for Beauvoir, “sex” is from the very start part of one’s historical situation. “Sex” is not denied, but its meaning is disputed: nothing about being assigned female at birth determines what kind of life a woman will lead and what the meaning of being a woman might be. Indeed, many trans people are assigned one sex at birth, only to claim another one in the course of their lives. And if we build on the logic of Beauvoir’s “existentialist” account of social construction, then one may be born a female, but become a man.

A stronger “institutional” variation of social construction emerged in the 1990s, and it focused on the fact that sex itself is assigned. This means that medical, familial, and legal authorities play a crucial role in deciding what sex an infant will be. Here “sex” is no longer taken as a biological given, although it is partly determined within a framework of biology. But which framework is relevant to that determination?

Take the case of “intersexed” infants who are born with mixed sexual characteristics. Some medical professionals seek recourse to hormones to define their sex, whereas others take chromosomes to be the deciding factor. How that determination is made is consequential: intersexed people have become increasingly critical of the fact that medical authorities have often mis-categorised them and subjected them to cruel forms of “correction”.

Taken together, the existentialist and institutional interpretations of “social construction” show that gender and sex are determined by a complex and interacting set of processes: historical, social, and biological. And in my view, the institutional forms of power and knowledge we are born into precede, form, and orchestrate whatever existential choices we come to make.

We are assigned a sex, treated in various ways that communicate expectations for living as one gender or another, and we are formed within institutions that reproduce our lives through gender norms. So, we are always “constructed” in ways that we do not choose. And yet we all seek to craft a life in a social world where conventions are changing, and where we struggle to find ourselves within existing and evolving conventions. This suggests that sex and gender are “constructed” in a way that is neither fully determined nor fully chosen but rather caught up in the recurrent tension between determinism and freedom.

So is gender a field of study that is destructive, diabolical, or indoctrinating?  Gender theorists who call for gender equality and sexual freedom are not committed to a hyper-voluntarist view of “social construction” modelled on divine power. Neither do they seek through gender education to impose their views on others. If anything, the idea of gender opens toward a form of political freedom that would allow people to live with their “given” or “chosen” gender without discrimination and fear.

Denying these political freedoms, as the Pope and many Evangelicals are wont to do, leads to dire consequences: those who wish to abort would be prevented from exercising that freedom; gay and lesbian people who would like to marry would be denied the option of realising that desire; and those who wish to take on a gender distinct from the sex assigned to them at birth would be prohibited from doing so.

Ultimately, the struggle for gender equality and sexual freedom seeks to alleviate suffering and to recognise the diverse embodied and cultural lives that we live. Teaching gender is not indoctrination: it does not tell a person how to live; it opens up the possibility for young people to find their own way in a world that often confronts them with narrow and cruel social norms. To affirm gender diversity is therefore not destructive: it affirms human complexity and creates a space for people to find their own way within this complexity.

The world of gender diversity and sexual complexity is not going away. It will only demand greater recognition for all those who seek to live out their gender or sexuality without stigma or the threat of violence. Those who fall outside the norm deserve to live in this world without fear, to love and to exist, and to seek to create a world more equitable and free of violence.

Judith Butler is Maxine Elliot Professor of Comparative Literature at the University of California, Berkeley. She is the author of Gender Trouble and Undoing Gender.

This article is part of the Agora series, a collaboration between the New Statesman and Aaron James Wendland. Aaron is Assistant Professor of Philosophy at the Higher School of Economics and the co-editor of Wittgenstein and Heidegger and Heidegger on Technology. Follow him on Twitter: @ajwendland.